The Major Potential of Minor Cannabinoids

Recently, a published review in Frontiers in Pharmacology dug deep with what possibilities lie within the minor cannabinoids of the Cannabis flower.

First, it is important to note that while they may be referred to as “minor”, they are anything but that. That notation is purely because they don’t occur in the plant, naturally, to the same amount as the major compounds do. They can be beneficial on their own but they’re also known as a “hype man” for CBD and d9 THC. By unlocking the science of minor cannabinoids, we are able to see more of what this plant family will be able to do for humankind.

Stored in the trichomes of the flowers of the female Cannabis plant, cannabinoid compounds are either enjoyed by smoking the dried flower or extracted through various mechanisms to be made into products. The body receives the compounds mostly through the CB1 and CB2 receptors of the Endocannabinoid system. CB1 receptors are dominant in areas like the central nervous system while the CB2 receptors have been found in cells of the immune system and the peripheral nervous system.

It’s important to note that the acidic forms will appear naturally in the plant and, when they undergo decarboxylation, they will convert to their neutral forms. An example would be THCA becoming D9 THC or CBDA becoming CBD. This will happen when the plant is exposed to heat or over time.

The varinic minor cannabinoids are special in that they have 2 fewer carbon atoms than CBD and THC do and that could be what lends to their own unique set of possibilities.

It is also good to share that, to date, none of these minor cannabinoids are presenting as psychotropic which leaves D9 THC as still the lone “high response” winner in the plant’s compound choices.

Get to Know the Minors:

CBN (Cannabinol) was the first phytocannabinoid (plant cannabinoid) to be identified in Cannabis in the 1940’s. It is not created by the plant but it will “become” as the D9 THC degrades over time. Often considered to help with sleep issues, that role has been found to still be inconclusive; however, CBN has shown to be helpful in other ways. An analgesic with anti-inflammatory properties, it has been helpful for many dealing with chronic pain. It can pair well with D9 THC in combating the intraocular pressure associated with glaucoma, and it is highly antioxidant.

CBC (Cannabichromene) is one of the most abundant of the minor cannabinoids. It has a preference for CB2 receptors and the anti-inflammatory potential has been shown to provide relief for those dealing with colitis. CBC is also considered neuroprotective with anti-tumor possibilities.

CBG (Cannabigerol) comes from decarboxylation of CBGA. CBGA, interestingly enough, is also the precursor molecule for D9 THC and CBD, both. CBG is said to reduce peripheral pain and be immensely beneficial for those dealing with gut health issues like IBS, Chron’s and Ulcerative Colitis. It is also an appetite stimulant that has a possibility in suppressing the tumor growth of some cancers, especially when partnered with CBD.

CBDA (Cannabidiolic Acid) was first isolated in 1955. Found to be anti-inflammatory and have anti-nausea properties, CBDA was also recently realized to have a better bioavailability than CBD.

CBGA (Cannabigerolic Acid) is the precursor for many compounds including THCA, CBDA and CBCA. It typically becomes CBG over time and in very small quantities at harvest. Like with many other compounds, farmers are beginning to utilize seed genetics and selective breeding practices to be able to grow plants with higher levels of this compound.

Much is still being learned about CBGA but they are finding it to have antitumor properties and it may also be beneficial for those who deal with issues associated with Type 2 Diabetes.

THCA (Tetrahydrocannabinolic Acid) is the non-psychotropic precursor to D9 THC. Said to be anti-inflammatory and neuroprotective, THCA is also being looked at as an anticonvulsant.

CBDV (Cannabidivarin) is an anti-epileptic compound that is being investigated as one of the compounds in the plant that can be helpful in treating symptoms associated with Autism Spectrum Disorder.

THCV (Tetrahydrocannabivarin) is naturally found in small quantities but selective breeding is happening to get more of this compound that is said to help with inflammatory pain, seizures, appetite suppression and blood glucose regulation.

In addition, THCV, CBC, CBG and CBDV are all being looked at for showing promise in topical applications to help treat skin disorders like atopic dermatitis, psoriasis, acne and hyperpigmentation.

When enjoying a full-spectrum product, there are minor cannabinoids and terpenes like these to encourage the Entourage Effect (when the compounds all play well together), bringing more possibilities for wellness than with a singular compound alone.

Check out the full report, HERE

Learn more about Cannabis and cannabinoids in our blog HERE

Power Biopharms is in no way affiliated with this review and studies therein.

This blog is for informational purposes only and not designed as treatment or diagnostic advice. 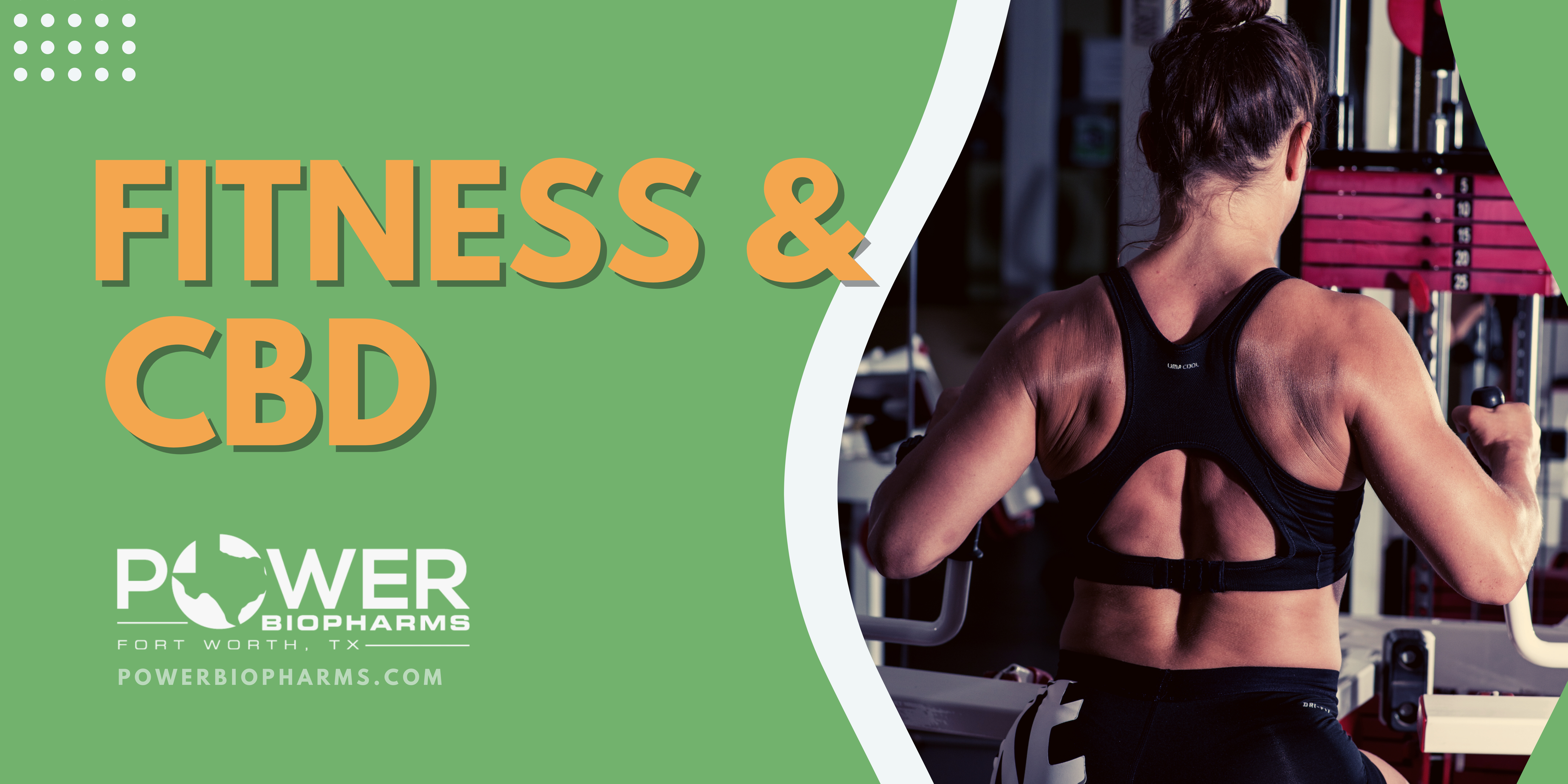 With spring in full swing, many people are spending extra time in the gym, hiking the local trail, or hitting the links for 18 holes in the new season’s sunlight. While... 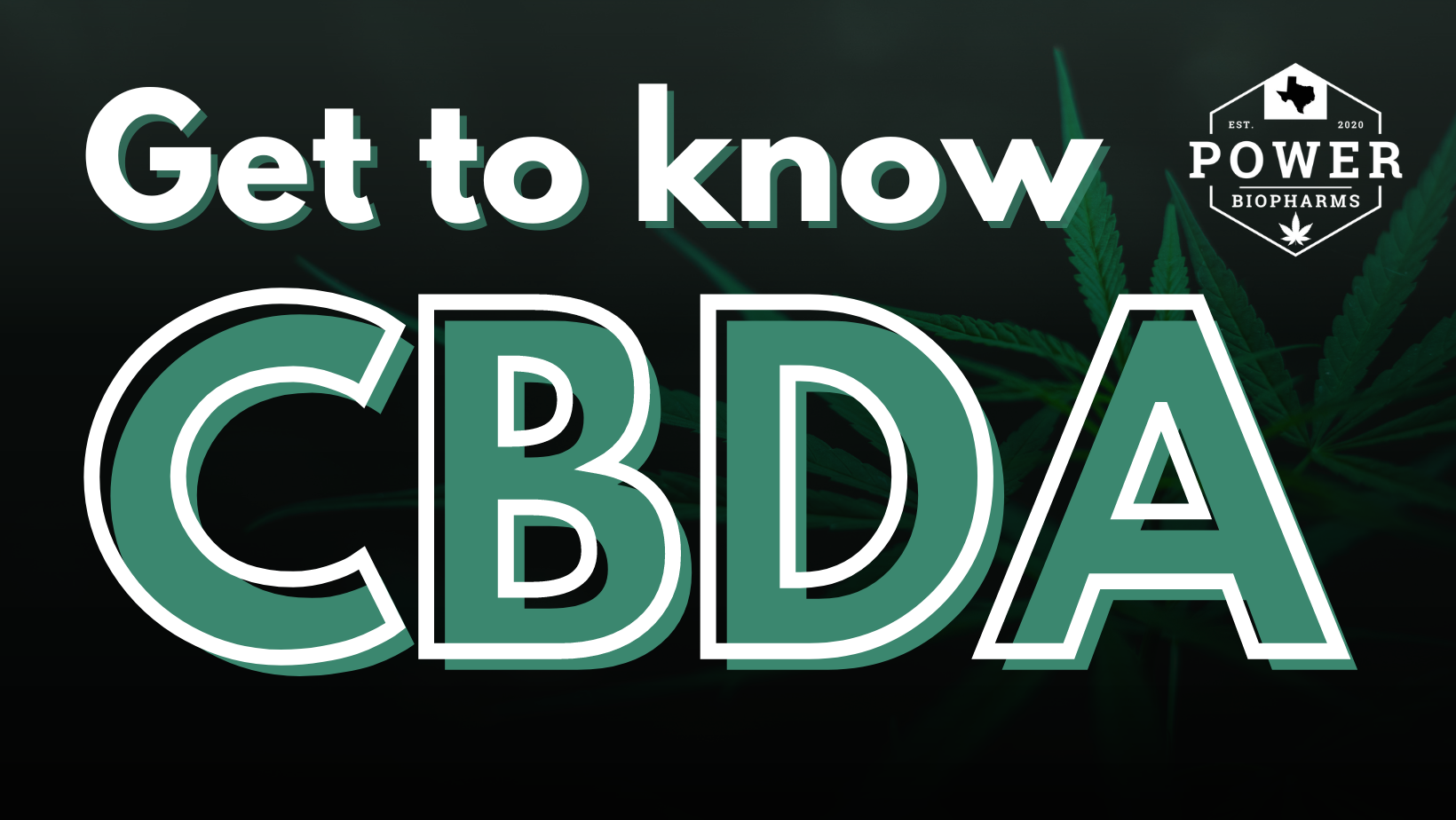 With hundreds of grown compounds, the Cannabis family of plants is a constant stream of potential. Lately, everyone is talking about CBDA and what this particular...