According to the American Cancer Society, breast cancer accounts for 30% of new female cancers, annually. Over 43,000 women will die from breast cancer this year alone. This is why it is important to continue to research ways that can help those who may be in their own battle with the disease.

This is where cannabinoid compounds come in.

In the cannabis community, one doesn’t have to go far before meeting someone with a story about the plant, and how its compounds may help them with their own quality of life issues. When it comes to breast cancer, specifically, there are many in science and research that have shared their own amazing findings, putting Cannabis compounds - particularly CBD - in the spotlight.

Ever since the realization of the human Endocannabinoid system in the early 1990’s, science has been doing what they can to learn more about this mammalian neuromodulatory system, what it does, and how it works with plant-made cannabinoid compounds like Cannabidiol (CBD).

The relationship between cancer and cannabis was looked at decades before when, in 1976, a group of colleagues had found that THC and CBD both “inhibited the genetic synthesis and growth” in lung cancer models. When similar effects were seen in pancreatic, colorectal, prostate and breast cancers, it was certainly evident - even then - that this plant had huge potential in the world of human wellness (2).

The Endocannabinoid system has been called “one of the most important neuroregulatory systems we have” and it is also believed that it is the dysfunction of this system that is “part of the pathomechanism of many diseases, including cancer” (3).

How does CBD help?

The way that multiple researchers see this happening on the molecular level has to do with how CBD interacts with a family of transient receptors known as TRPV channels. These TRPV channels are believed to be involved in the regulation of cellular calcium homeostasis. When that homeostasis (balance) is disrupted, it can lead to an increase in the production of Reactive Oxygen Species (ROS), Endoplasmic Reticulum (ER) stress, and cell death. This increased ROS “can favor tumor progression and genome instability.”

These toxic Reactive Oxygen Species are counterbalanced by various antioxidants. One of the most well-known plant antioxidants? CBD (2).

Specifically, it is the “ability to induce programmed cell death in breast cancer cells” that has researchers excited. Citing CBD’s affinity to regulate ROS, ER stress and immune modulation, it is believed that, by modulating the tumor’s “microenvironment”, CBD may limit the supply and oxygen and nutrients that the tumor needs for growth (3).

In fact, the several papers cited in this blog (see below) all agree that cannabinoids are helpful in the fight against cancer in myriad ways including inhibiting cell migration, invasion and metastasis, induction of cell death and the decrease of tumor size and volume.

Because of these similar results between groups, people are calling for more research, sharing their strong support for the “development of CBD as a promising anti-cancer drug” as “research indicates CBD may have potential for the treatment of cancer including the symptoms and signs associated with cancer”(2)(3).

Much of the studies are utilizing CBD because it is typically grown in hemp (high CBD cannabis) which is federally available, thus making it easier to procure. It is also popular for patients and researchers as CBD is non-psychoactive, unlike its counterpart THC. That’s not the only plant magic, though.

Beyond CBD and THC there is believed to be great potential in the minor cannabinoids and the way that they play together in different blends. One set of researchers found that a 1:1 ratio of equal parts CBD and THC had “decreased tumor growth in rat models” while another showed that CBDA “inhibited the growth and migration of breast cancer cells” including the often-aggressive Triple Negative breast cancer cell (1).

In the advancement of science and medicine, it is clear that plant cannabinoid compounds, like CBD, are going to be a big part of the future of the fight against cancer. The trick is getting more to destigmatize this plant family so that more conversations will take place, encouraging more positive study results.

Power Biopharms was in no way affiliated with the cited studies. For informational purposes only. This is not intended to diagnose or provide medical treatment advice. Should you have a medical concern, contact your physician.

CBD and Your Pet

CBD is growing daily in being the wellness choice for countless consumers throughout the United States. With these consumers finding positive results for themselves, it... 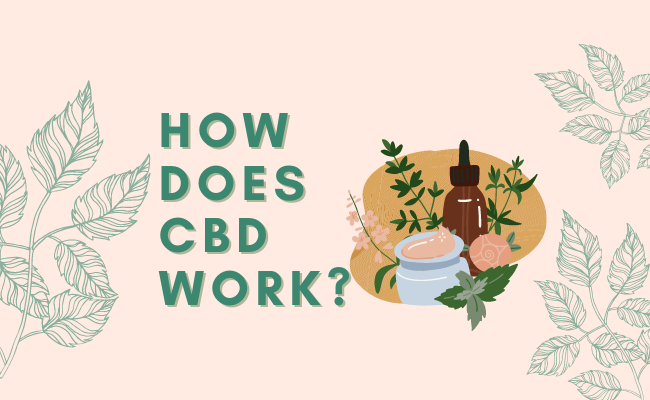 How Does CBD Work?

Ever since the update to the 2018 U.S. Farm Bill, hemp has been farmed for CBD in ever-increasing numbers throughout the United States. CBD is found in everything from...