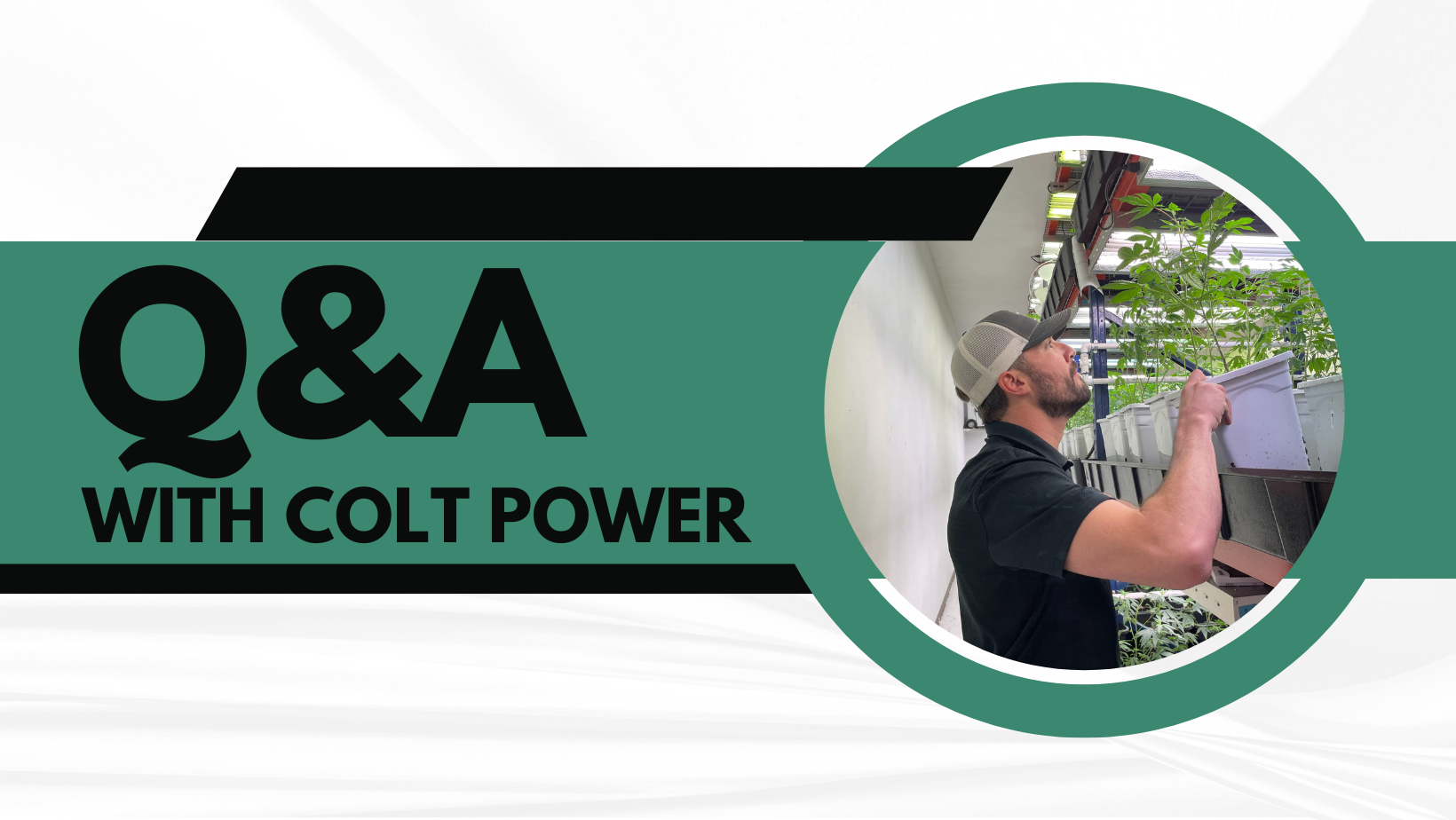 Colt Power: The Story of a CBD Powerhouse

Born in the Lone Star State of Texas, Colt Power is making waves as co-founder and CEO of hemp production startup Power Biopharms. On Dec. 20, Fort Worth Magazine published an article on Power titled, “Moving at the Speed of Plants,” about his rise from lacrosse-loving athlete to real estate broker to founder of one of the most promising hemp startups in Texas. With the welcoming, enthusiastic smile characteristic of a budding entrepreneur, he was more than happy to sit down with guest interviewer and hemp writer Sydney James for a short interview and share his (and thus the farm’s) origin story once again.

(*This interview has been edited for length and clarity.)

SJ: What was your life like before Power Biopharms?

CP: I was working as a commercial real estate broker full time. And we had two young kids. So, it was a lot of driving around, a lot of meeting up with prospective real estate clients and servicing deals. It was busy.

SJ: I've read the piece in Fort Worth Magazine about you, “Moving at the Speed of Plants.” Congrats on having the most product sales over the summer! So, what do you think CBD can really do for society?

CP: I think CBD can help improve people's lives in a very meaningful way by relieving some nagging symptoms. Instead of just typical over-the-counter prescriptions, we could have more natural solutions available. Like, I had stomach issues, and before I found CBD. I was taking a lot of ibuprofen, but it really started to hurt my stomach, and I think that's relatively common. But I think cannabis can open people's eyes to the benefits of a more natural way of life.

SJ: Going into cannabis itself, obviously there's a stigma around it, and it's still pretty ingrained in our society. So, what's the main myth or stereotype that you really want gone for good?

CP: Ooh, there’s a couple of them! I mean, the first one that jumps into my head is that cannabis makes you inherently unproductive or irresponsible. I think the idea that it's a gateway drug is hugely disconcerting as well, because I think for so many people, cannabis pushes out a lot of more harmful substances or chemicals that they had been using before. And for the most part, you don't see people doing more dangerous things because of cannabis. If anything, they're simplifying their life thanks to cannabis.

SJ: The Fort Worth article states that you were a lacrosse player, right? So how did it feel to close that chapter in your life and move on to the next thing?

CP: It was really difficult at the time. It was a huge transition. I mean, finishing college and going into the working world always is, but having been a student athlete for four years at the level that I was in, that was the bulk of my responsibilities. And my day-to-day was spent with those teammates, pursuing that common goal, a lot of physical movement. And yeah, the dynamic definitely changed a lot. I definitely brought a lot of that competitive drive from athletics into the workplace, which was a great fit for what I was doing before because the sales role was like, “Can you sell more than the other people on your team?,” and I definitely thrived on that. So, it was a little stressful, but it made me a better salesperson.

SJ: As co-founder and CEO, it would be a huge understatement to say that you've achieved a lot since Power Biopharms’ inception in 2020. So, on a scale of one to 10, how hard was it to get this company off the ground?

CP: Oh, man. I don't know that I can think of anything harder that I've done. So, I'd say 8+. You know, it's tough. But I think from my own life experience, it's hard every day, it's been a lot of days like that. But yeah, I think just all of the different learning curves has been the most challenging part, figuring out how to juggle it all yourself until you finally have the right person to do certain things and be able to grow the team. So, it's been hard.

SJ: But the plants definitely thank you for it!

CP: They thanked me for hiring [Director of Cultivation] Nick, for sure!

SJ: As an entrepreneur, did you face any obstacles in making your dream a reality?

CP: Definitely. I think one of the most challenging and underestimated obstacles is the ability to raise capital and how important that is. I think it's important in every business, but I've definitely picked my first business in a realm that is very capital-intensive. I knew I was going to spend a lot of time figuring out how to make the farm work, figuring out how to make a product and then figuring out how I'm gonna sell it. But I didn't really plan or account for all of the investor and capital sides of the business, where I not only have to operate the business, but I also have to go get the money to fund the business and then make sure they’re happy, as well.

It’s such a diversified, young industry with so much opportunity that I think another big challenge that we've had is figuring out our place within the industry. Originally I thought we were going to be just a farm and just sell stuff. Then we've kind of evolved into doing our own extraction and manufacturing, and then with that it's like, “Well, are we only going to have our own brand? Are we going to also support other people's brands?” And not only figuring out how to do it all but deciding what's best for us and for our customers.

SJ: Who would you say was your biggest inspiration in building the company?

CP: That's a really good question! I think there were a couple of people I talked to early on from the real estate industry. But there was one guy in particular, a real estate entrepreneur who made the jump and started his own company, and he told me basically, “It's the best thing you'll ever do. It's the scariest thing you'll ever do. But it's the most rewarding thing you’ll ever do.” And that stayed true to me. And I’ve taken a lot of inspiration from other people within the industry or from other industries too. But I think I learned the most from him.

SJ: On that note, what advice do you have for aspiring entrepreneurs, especially those who want to get into cannabis?

CP: I would say if you can help it, keep it simple. Keep it simple, focus on what you do best and then grow. I think that's kind of my personality type. And part of it's the same kind of energy that you need as an entrepreneur: Believe in yourself that you can do these things. Fix something, do it well, but go through the process of developing and fleshing out a bunch of ideas before you decide to embark on something. Even if you know this isn't what you want to do forever, pick something and do it so you have some experience before you go after your big vision. Because you're gonna be bad at a lot of stuff. I guess the more you can work the kinks out at a low-stakes environment, the better.

SJ: Is there anything else you'd like to add?

CP: Sure. I think I mentioned it in Fort Worth Magazine, but I think the part that I didn't really see coming was how rewarding it is to have a team come together and see them work together so well and enjoy doing it. I knew we would need a team, and I had great past work relationships, but being at the top of it and kind of knowing I’d be responsible for it all feels really, really good. And I think that's a super rewarding side of entrepreneurship. I always had the customer in mind, but I didn't understand the investor side of the picture, and I was like, Oh, I'm helping them too!  Plus, I’m focusing on the employee side, too. I guess the number of people's lives that you touch is so much more than you may initially think. And that's been really rewarding.

(To learn more about Colt Power and the rest of the Power Biopharms team, click on their About Us page here.) 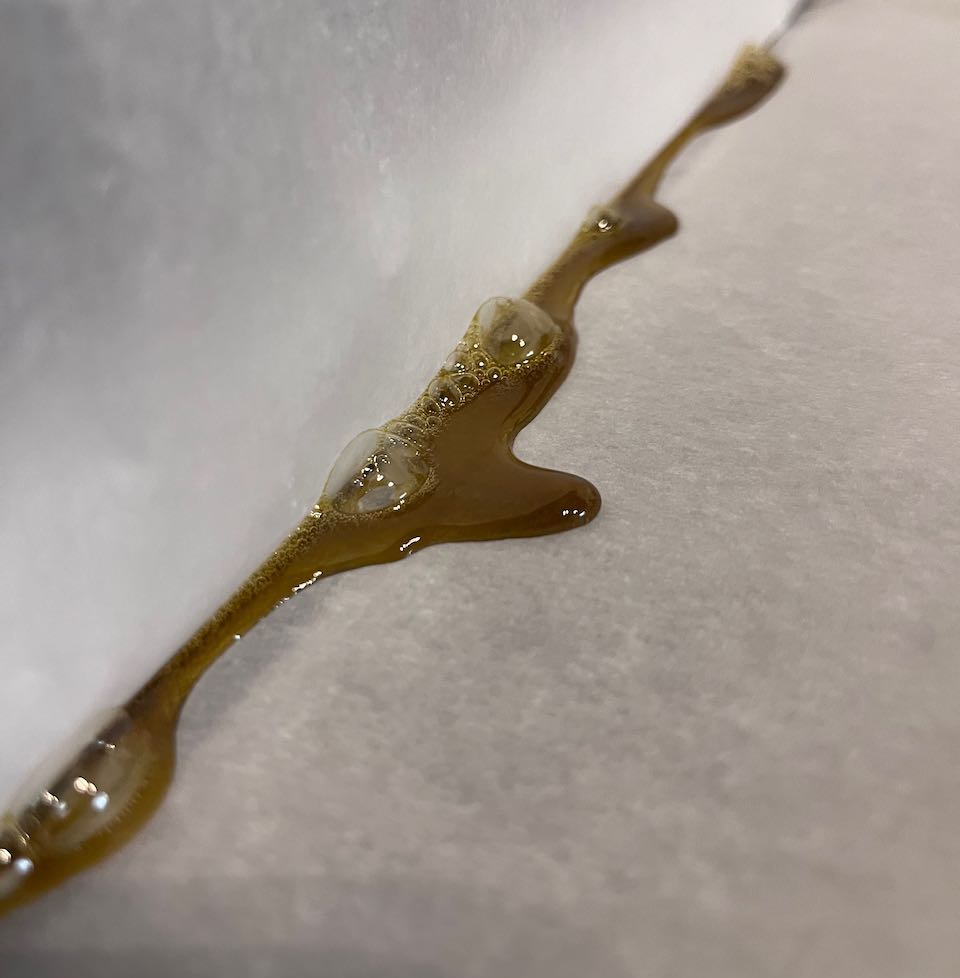 If you’re one of the many people out there who are searching for information relating to hemp-derived CBD, and you’ve wondered what the term “spectrum” may mean, you’re... 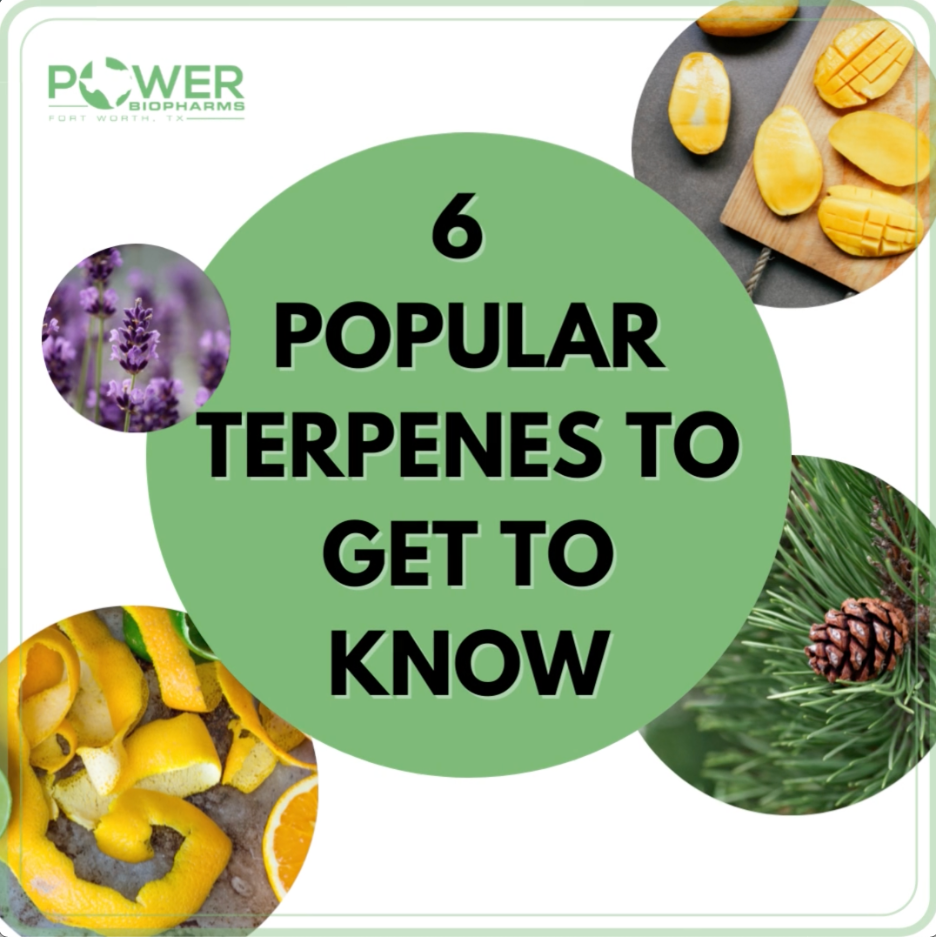 Get to Know Terpenes

As you get to know more of the terms associated with CBD and the Cannabis plant family, you’ll come across the word “terpenes”. What are terpenes? They are...